I find choosing the perfect stocking stuffers for the guys on my list to be a big pain in the butt (which is not the word I would usually choose but I don’t want to offend anyone’s delicate sensibilities.)  Most of the guys on my stocking stuffing list are pretty average.  Oh, don’t get me wrong, they’re extraordinary men, but realistically, they’re as excited about the contents of their stockings as they would be about oh, say, doing a load of laundry.  Yeah, no big excitement factor there, which makes picking a non-typical gift more than difficult.   So what can you toss in the sock that says “you might be typical… but I think you’re great?”  (For demonstration purposes, we’ll pretend that they *deserve* more than a lump of coal…)

Here is a collection of stocking stuffers and small gifts for The Typical Man – someone who has a little bit of everything, has well rounded interests, and would enjoy a nice cold brew rather than a copy of “It’s A Wonderful Life.”

1) The Hockey News Yearbook, $9.99;  These annual yearbooks are available with a variety of teams featured on the cover, but if I were choosing for any of the guys on my list, I’d stick to the Toronto & Ottawa cover. 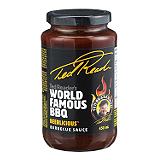 5) Reloadable Holiday QuickPay Card, Tim Horton’s – Available in your choice of currency, my man says this is the best stocking stuffer he can get.  Who doesn’t like Tim’s?  It’s a Canadian tradition!

Other ideas for the extraordinary but Typical Man on your list include the standard new socks & underwear (goodbye holey laundry!), pop culture tees, multi-tools, fishing lures, iPod accessories, video games, or lotto gift packs.   And because the typical man is typically a little like Ebenezer Scrooge when it comes to the entire season, feel free to mumble “Bah-Humbug” while trying to make his stocking special.